Today various biological processes are used for biofuel production. Unlike fossil fuels, such as petroleum, biofuels are environmentally clean as they are typically of plant origin. Alternatively, companies can produce biofuels from various agricultural, commercial or industrial wastes. Interestingly, a certain chemical process of reacting ethylene with steam also results in a biofuel. Many different types of biofuels exist on the market. There is also considerable research and development into new technologies in order to produce new fuels.

Bioethanol is certainly one of the most popular and most important biofuels. It is effectively an alcohol (ethyl alcohol – C2H5OH). It is produced from fermentation of the carbohydrates in plants. Different plants can be the source including corn, sugarcane, sweet sorghum and more. Bioethanol looks like a clear colourless liquid. It is biodegradable, low in toxicity and causes little pollution. Notably, it burns to produce carbon dioxide and water.

The primary use of bioethanol is as transportation fuel. It often replaces fossil fuels directly. More commonly, however, it is an additive where it forms part of a mix with petroleum. Bioethanol fuel blends are very popular in USA, most commonly in the ratio 90% petrol and 10% bioethanol. As bioethanol is a high-octane fuel, adding it to petrol increases the octane level and improves emissions.

Biofuel production is also possible from vegetable oil and animal fats. The result is one of the most important biofuels – biodiesel. It has identical properties to traditional diesel but is natural and clean. In particular, it consists of long-chain alkyl (ethyl, methyl, or propyl) esters. A chemical reaction between lipids (oils/fats) and alcohol is usually the method used to produce biodiesel. One of the most common and useful input sources for producing biodiesel is used cooking oil. It is truly a unique way of converting what really is a difficult waste to deal with into a very useful product.

Biodiesel is very important for its use as transportation fuel. It can replace traditional diesel in a similar way as bioethanol displaces petrol. Likewise, its application is usually as an additive making diesel greener. In the EU, all diesel has to contain biodiesel by law.

Anaerobic digestion and in-vessel composting of organic waste produce biogas. It is another biofuel with increasing impact on society. It consists of mostly methane which is typically 60-70% of the overall biogas. This unique gas is highly toxic and 84 times more potent than carbon dioxide. It traps heat very effectively and as such it has a much greater impact on atmospheric pollution. There are many sources of methane which include decomposition of waste in landfills.

Biomethane in its gaseous form can be injected into the gas grid. It has virtually identical properties to natural gas. As such, it is one of the most important biofuels for the future. Governments rely on it to make their gas grids greener. Furthermore, liquefaction technologies can convert it into liquid biomethane. It then becomes very valuable for direct use in transportation. Some countries already operate fleets of vehicles running on biomethane.

These are only some of the numerous types of biofuels. Others include biopropanol, biobutanol, biomethanol, bioethers and more. Biofuel production of any type is unique in that it is a natural biological process, environmentally friendly and can replace polluting fossil fuels. 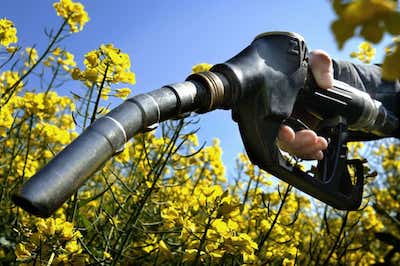 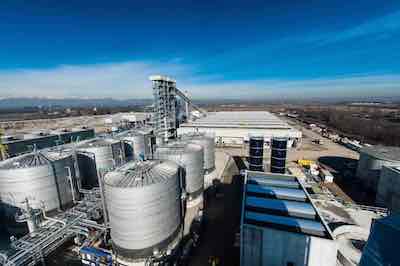 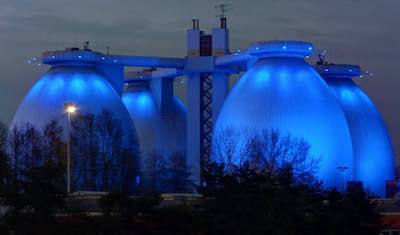 Our Involvement in Biofuel Production

We are working on a number of innovative biofuel production technologies. By converting the energy content of certain streams of waste, for example, we can produce particular biofuels. Uniquely, certain technologies use greenhouse gases and other elements as input feedstock. Moreover, excess lost renewable electricity can provide the necessary energy for the process. It plays a useful role, instead of simply vanishing.

Such technologies open possibilities to many renewable sources. In particular, they provide a useful application for plants which have intermittent electricity generation and cannot feed all their electricity into the grid. This is certainly the case for solar and wind farms which are notably famous for their inefficiency. Instead their excess production can be used via innovative processes to produce biofuels. These can essentially be seen as energy storage solutions. Electricity and polluting gases produce biofuel which organisations store and use only when needed. Given the recent R&D focus on renewable electricity storage solutions, mainly lithium batteries, this is certainly a new and exciting alternative.

We are working with a number of select technology partners. Our aim specifically is to develop sustainable and efficient biofuel production solutions in multiple countries around the world. Many countries have the resources to produce useful biofuels as well as severe energy shortages. Many, especially poorer regions, also lack energy infrastructure. We intend to provide innovative solutions to allow them to produce, store and use biofuels where and when necessary. This potentially presents an opportunity for developing multiple microgrids globally which are powered by biofuels.

You can significantly reduce your waste disposal costs and improve your green credentials. Whether you are a municipality or a business of any scale, we can help you with the right solution. See below for more info.